Level Up With Nick Burns. 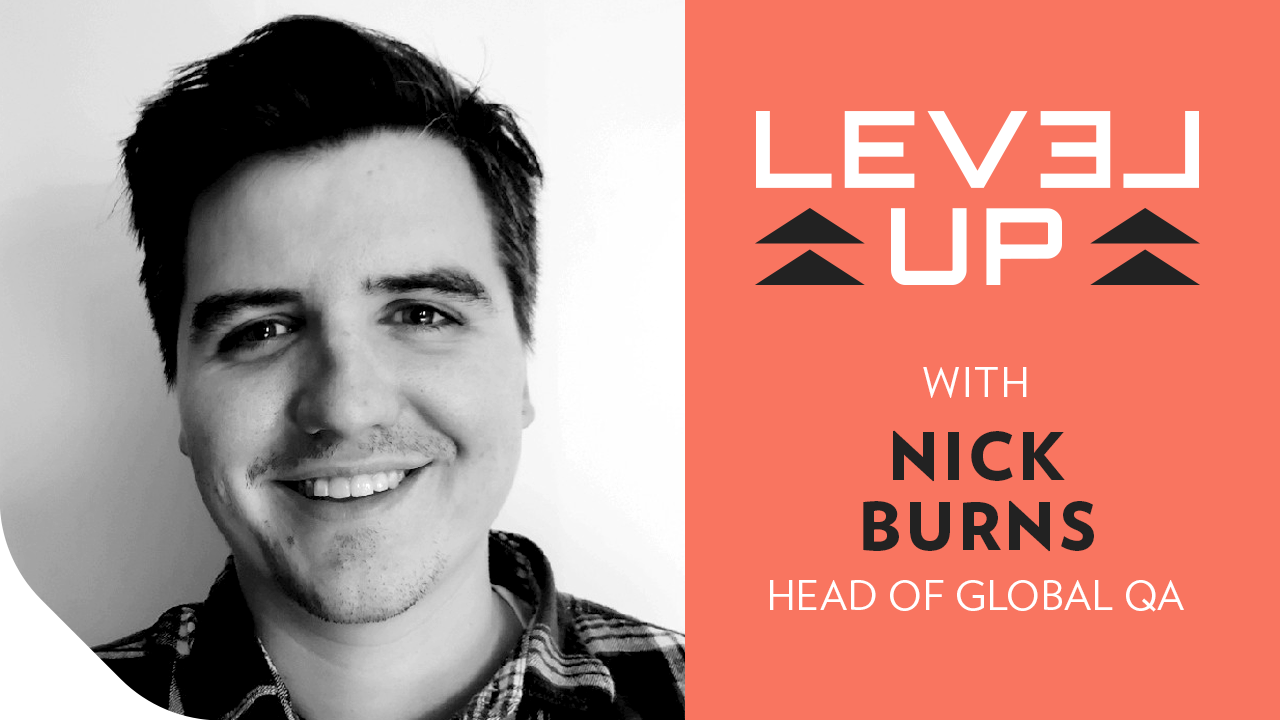 Nicholas Burns joined the Technicolor Games leadership team early on in 2022 as we first announced our expansion with investment in talent, technology and new service lines accelerating the growth of our global studio. Nick is our Global Head of QA, based in Montreal and has been leading our expansion in Canada.

A 15-year veteran of the games industry, Nick has managed hundreds of titles from indies to large scale AAA’s. Nick is a gamer through and through and is a perfect fit to lead our QA division.

Nick is incredibly passionate about supporting our partners to make the best quality and user experiences possible. Nick’s experience and determination are evident in his role as he builds upon the legacy of Technicolor Games, part of Technicolor Creative Studios, our long-standing, active, collaborative relationships across the industry and our suite of in-house full-service production across game IP’s.

Tell us about your background – any experiences when growing up, school, university etc. that have played a major role in shaping who you are now and the role you’re in?

I remember being around three or four years old sitting on my dad’s lap while he played the original Wolfenstein and Doom games and I would play with him by hitting the “space bar” to shoot for him while he frantically tried to dodge enemies.

At 9 years old the largest purchase of my life was a Nintendo 64 along with Goldeneye. I had saved up my allowance, birthday funds and money from mowing lawns to buy them. It was then that I knew video games were the greatest thing ever and my parents knew I needed to spend more time outside. We were both right…

I bought my first PC at the age of 14 so I could play Americas Army and Battlefield 1942 with my best friend. It was a dell PC that barely ran the game at a proper framerate, I knew nothing about PC hardware at the time, but I didn’t care, I was having a blast!

At 16 I started working in renovations alongside my education and began to have less and less time for games. In 2007 I turned 19 and that is when I saw an advert online for a video game tester role and boy did that change my life!

What are your inspirations and influences on your career and life?

My greatest inspiration is the testers, leads and junior managers under my purview. They are hungry, and innovative, and will never say “well, this is how it’s always been”. We need to always strive to be better, and if you aren’t paying attention to feedback and keeping your ear to the ground, you are going to miss that train of progression and innovation.

What moments in your career are you most proud of?

With the games industry ever evolving, what effect does that have on your work? Is it more challenging or exciting?

The games industry is always evolving, especially so at a service provider company.

Working as a part of a company such as Technicolor Games gives us great insight into how developers and publishers evolve differently, which in turn allows us to evolve in a truly unique way, and with such varied visibility, it is incredibly rewarding.

It’s clichéd, but one of the aspects I love most about this industry is this ever-changing environment, never a dull moment.

What makes the games industry unique for you? Is it different or the same as other industries you know of or have worked in?

While there are similar crossovers in general with other forms of entertainment industries (such as film and episodic) there are some differentiators.

What draws me most is the way a video game can tell a story, and how it stands apart from other mediums in how naturally interactive it can be. You are not a simple passenger observing a story play out, you are a living, breathing, interactive part of the narrative itself.

The transformative impact of video games on culture and entertainment, along with the technological advancements can’t be ignored either.

Something fascinating about being here at Technicolor Games is the transmedia element of Technicolor Creative Studios where film and tv can become a game and visa versa.

It gives fans and industry workers alike to get the opportunity to be introduced and fall in love with characters and stories that they would have otherwise never been aware of. All are interconnected in this shared universe through multiple mediums of entertainment.

What do you look for in your future team members?

As a team leader, what values and messages do you ensure everyone learns or listens to?

Near and dear to me is the simple phrase of “the best idea must win”. There are many ideas from many places and passing over them because of the level or status of a team member or bias will inevitably hurt you and the business in the long run.

To finish, what are your top 3 favorite games of all time and why?

This is challenging as I have favorites depending on where I was in life at the time.

Play on our team, and view our job vacancies here.

Be part of our Global Creative Community and get industry news, exclusive event invitations & updates on our latest projects – straight to your inbox. Sign up here.