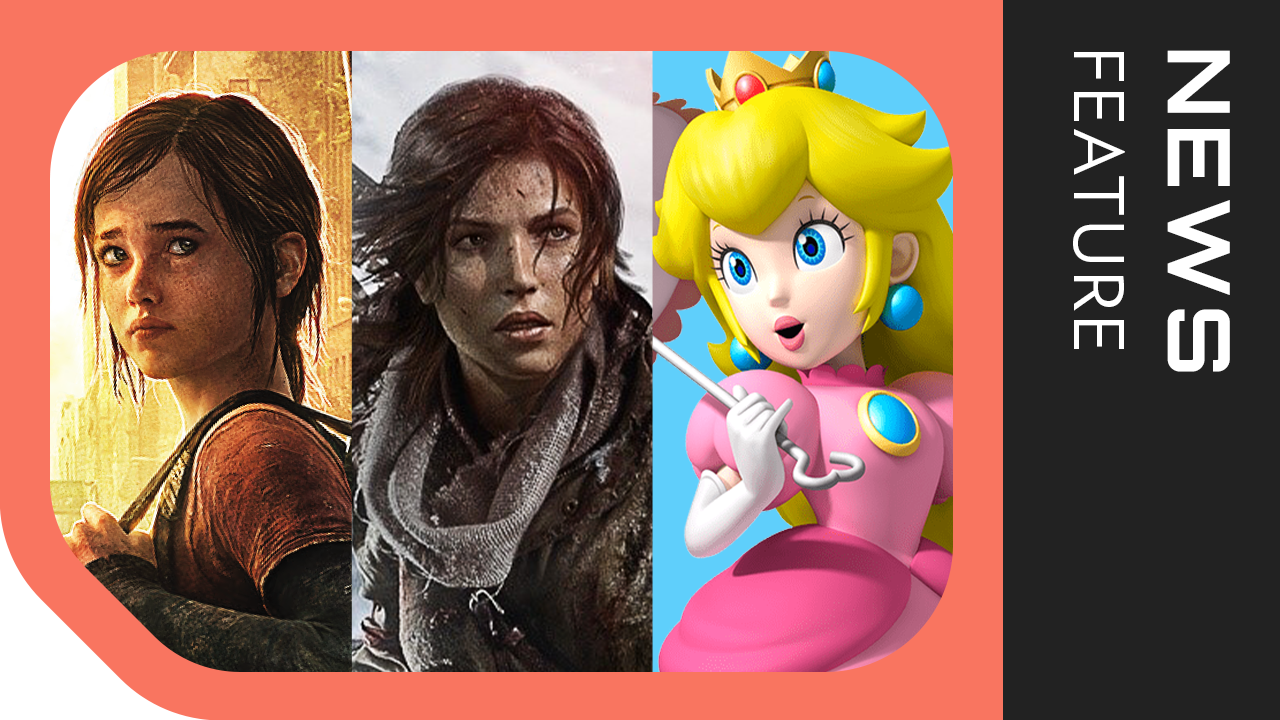 In preparation for the upcoming Women in Games festival, we thought we would get insight from some members of our team as to who their favourite female video game protagonist is and why. With the role of women in video games as well as the industry growing, it is thought-provoking to show this development throughout the years, explore why we think developers are creating more female protagonists and how this impacts their games and audience.

I would have to say my favourite character is: The Last of Us’ Ellie Williams. Fearlessness, emotional strength, and resilience characterise a 14-year-old who is “mature beyond her years.” I admire her strength in various difficult situations as she must care for both herself and Joel, her severely injured friend. She is described as powerful, witty, and “a little rough around the edges.” which helps the player relate to her and shows her character.

I believe that female leads contribute to more diverse gameplay and atmosphere. It provides more inspiration to the audience and especially to female video game players that may have only seen male leads in most other games. It takes a break from the stereotype of female roles in older games.

Resilience: It provides us with the emotional strength to deal with adversity, difficulty, and hardship. Utilise their resources, strengths, and skills to overcome obstacles and overcome setbacks. It is a wonderful trait to have, it is associated with an abundance of positive outcomes, and perhaps most importantly, it can be improved!

From a developer’s perspective, I believe they are getting the best of both worlds by creating a strong role model for the younger audience and helping to develop a story that hadn’t been told before.

I have seen the evolution of games and the characters in them for over two and a half decades now. However, if I were to pick one I related to and enjoyed playing as the most, it would be the modern depiction of Lara Croft, in the Tomb Raider series. A character that is one of my all time favourites, regardless of gender.

In comparison with the original character, she has always exuded strength, toughness and grit, yet the newest incarnation of Lara Croft is a young woman, who goes beyond simply being the ‘strong female protagonist’, and moves into the realm of being a fully realised character who is flawed, takes risk even at the expense of making mistakes, and doesn’t shy away from making difficult judgments. She is someone who is constantly learning, growing, changing, and in eventuality, always attempting to be a better version of herself. She is only a character yet as time has passed, Lara has become more wonderfully human than ever before. Regardless though, Lara was and still is excellent.

It is a given that there have been plenty of great retro games with female protagonists but it is mainly with more modern titles that females are serving as depictions of inspiration rather than just characters. In particular, I feel Lara Croft made video games more universal. I believe it paved the way for more women to adopt this wonderful world of gaming. Which has invariably resulted in both big-budget and indie titles creating more female centric characters to accurately reflect the proportion of women who play video games. Not to mention the Tomb Raider series is still going strong even after 2 decades.

On an off note, I personally feel, if the character was male, it would just create another “Indiana Jones” -type character. But seldom is the gender of a game’s protagonist a sole deciding factor when it comes to player enjoyment.

Without a doubt I would take her ability of critical thinking and cognitive awareness.

The reason behind this is that I believe it would make me more adept at managing crises, solving complex problems, and becoming bolder at facing challenges. And most importantly, enable myself to look at my past and level-up my present!

If I were to guess at what the developers were trying to achieve when working on the first Tomb Raider character, it was likely their want to pivot away from the burly macho men of yesteryear that we have seen time and time again. However, I believe this creative call and its unfathomable success, eventually amounted to Lara Croft as a cultural symbol and inspiration to video gamers everywhere, regardless of gender or age.

Princess Peach from the Super Mario franchise. She stands out as my favourite female video game protagonist because I cherish the childhood memories of her as she would be my top pick in Mario Kart. Truly underestimated character, which despite it all, would always bring home a win!

In Super Mario Odyssey, Princess Peach explores a new role where she shows the better-known Super Mario characters that she can stand on her own two feet and doesn’t need help in being rescued. I think this was a pivotal moment for the game series given she had always been portrayed as the ‘damsel in distress’ who had to be rescued in almost every game. I believe this impacted the franchise as it showed Princess Peach from a new point of view as an overall stronger, more independent character. This could be interpreted as the empowerment of women in our modern-day society.

It would, without a doubt, be her ability to portray herself as sweet and innocent yet at the same time she is skilful, resourceful, and able to succeed on her own. A true depiction of ‘don’t judge a book by its cover’.

I believe the developers were trying to give women in games a more relatable figure, which whom they could identify themselves within the franchise. Over time, the character has evolved alongside society and how women are portrayed in such. Princess Peach now embodies an independent & stronger than ever woman who can succeed on her own and doesn’t need rescuing. She is now some people’s favourite character to play as, compared to simply being the NPC that needed saving in the 80s and 90s.

Want to play on our team? Click here to view our vacancies.